Let’s talk fan-made works for a second, particularly fan art and fanfiction. There have been plenty of arguments questioning whether or not fan-made creative works should be considered valid in the world of content creation. In fact, fanfiction has often been referred to as writing that doesn’t require much skill, since the entire concept of fanfiction is to take an already-existing work, such as a TV show, comic or book, and write your own story. Fanfiction doesn’t even necessarily have to stop at rewriting a particular scene in a work that you dislike; you can write entirely new storylines, or even extract existing characters and place them in an entirely new world of your own creation.

The world is literally your own oyster with fanfiction, though it isn’t particularly popular in many writing circles. There are plenty of published figures, such as George R. R. Martin and Anne Rice, who discourage fanfiction for reasons that range from copyright issues to the fact that these characters and worlds are already someone’s own creative work. Similarly, fan art is also regarded as “not real art,” as the inspiration is derived from something already existing.

As someone who currently makes a living writing, and has written fanfiction for the better part of 13 years now, I’ll tell you this right now: both are valid and should be taken more seriously.

Allow me to back up to when I first started writing at the age of 12. I never considered myself someone who enjoyed writing growing up, but I did enjoy watching cartoons and critiquing them by taking down notes as to what can make them much better. As a middle schooler, I’d picked up an interest in—don’t be surprised here—anime. Specifically Naruto, a manga (Japanese comic) turned anime that is regarded as the Holy Shounen (a genre of manga and anime geared towards boys) Trinity. This series ran from 1999 all the way until 2014, and raked in millions of fans across the globe, myself included.

At the time, the plot was interesting enough: the titular character, Naruto, is a young orphan who is striving to be the top ninja in his village and, through pure willpower and his plucky personality, manages to achieve his goals through the power of love and friendship. Paired with all of the action scenes, and the crazy plotline that spanned nearly two decades, there’s no question as to why Naruto is part of the Holy Shounen Trinity. As a middle schooler, I loved the show. It was the best thing since Sailor Moon to me; however, there was just one thing that bothered me to no end.

I abhorred the way all of the girl characters were written.

Why was it that the main female character of the series was written as this vain, emotional being whose every decision was determined by the actions of her love interest? Why did she have a love interest who treated her so poorly and got away with being a literal sack of garbage for all 700 chapters of the manga? Probably the most offensive thing to me as a middle schooler was the fact that all of the women were noticeably physically weaker than the men. And, mind you, this is a ninja story where everyone has powers. It didn’t make any sense to 12-year-old me why the women didn’t shine as brightly as the men.

That only left me with one option: I needed to just rewrite the character, and her interactions with the boys. And so I did. I wrote hundreds of stories and posted them online. I rewrote scenes, offering this female protagonist the youthful feminine firepower that I believed she deserved. Was she knocked unconscious in this one particular scene in the comic? Not anymore! Did that boy disrespect her and make her cry in canon? Not while I’m at this keyboard. I didn’t even stop at rewriting scenes either. Sometimes, I created completely new stories in new worlds with the same characters.

The best part about the experience was that there was a huge community of people who agreed with me, and even liked what I wrote! Those encouraging comments were what pushed me to continue writing and, since I also read a lot of fanfiction, my skills as a writer began to develop more. I carried around journals, where I was able to jot down ideas at a moment’s notice to refer to at a later time. The steps typically associated with the creative process became second nature to me, before I even realized what I was doing. (I learned this years later, in one of my earlier advertising classes in college. I was very pleased to learn this tidbit.)

The hobbies I’d spent years investing in had became something that was marketable.

Fanfiction was the catalyst that eventually led to my writing career. It fueled my passion for writing, and proclivity for the arts. For me, the creativity didn’t just stop at writing either. I dabbled in fan art and fan videos as well, and though my foundation was based in writing, I had developed skills as a graphic designer as well as an illustrator and a video editor.

Take for example this fan-made graphic design I made for a show called the Legend of Korra. Uploaded onto my Legend of Korra tumblr page, it earned over 2,600 likes, reblogs, and comments. Experiences like this allowed me to develop photoshopping skills that I still use today for hobby and for work. 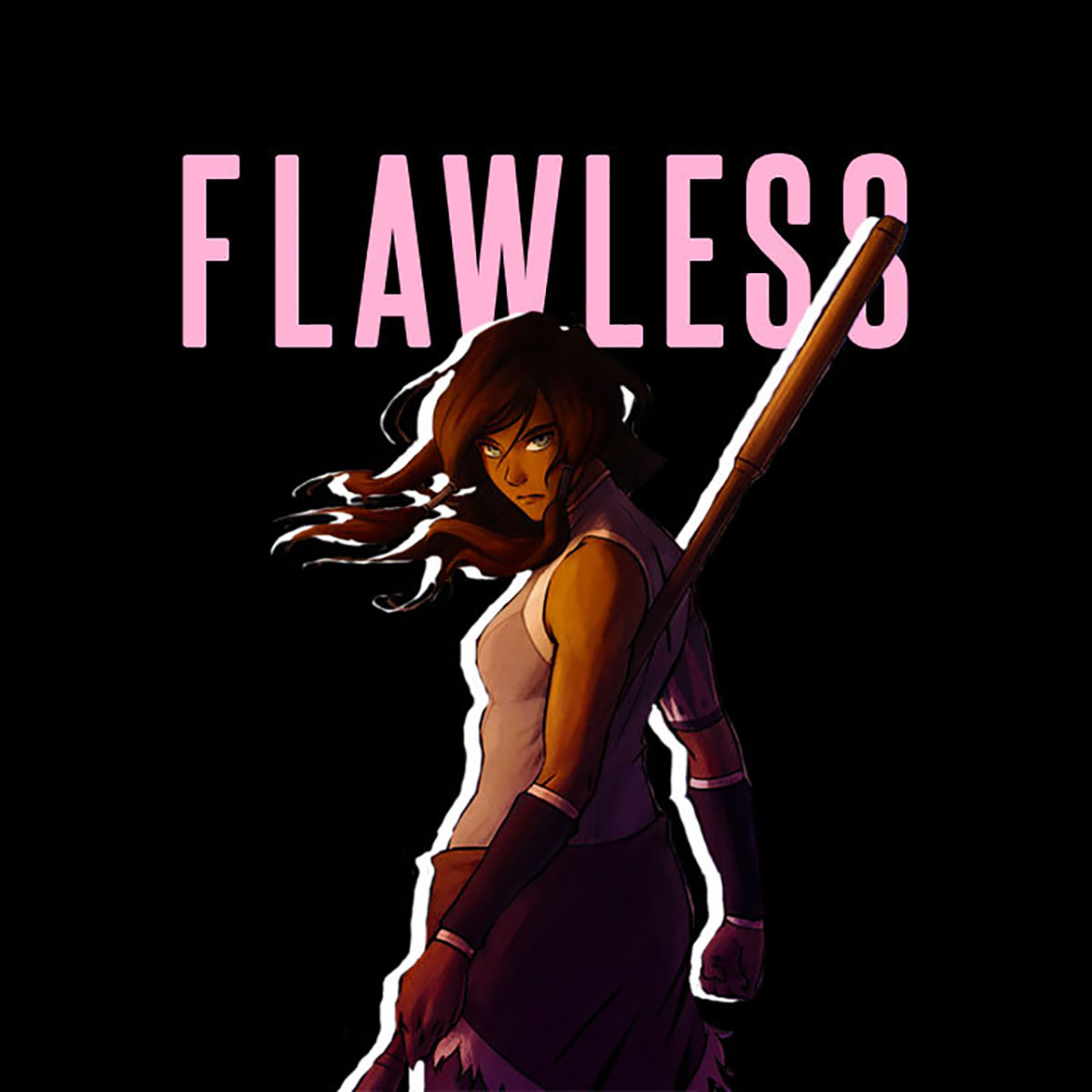 Even as a social media manager, I grew to understand how online communities worked because I knew exactly where to post my work, when to post it, and how to do it.

There are pieces of fan-made works around the world that have made cultural impact, and have also required a lot of time, effort, and skills. Take for instance J.K. Rowling’s Harry Potter series: in 2009, theatre students at the University of Michigan put on a fan-made musical entitled, A Very Potter Musical. The full-length show featured original music and lyrics, and was even turned into a book.

Fun fact: Did you know that the 50 Shades of Grey trilogy was originally a Twilight alternate universe fanfiction? Of course, there were major changes that had to be made, such as the characters’ names but it doesn’t refute the fact that an entire best-selling book series was inspired by the Twilight series.

Contrary to what others may feel about fan-made works, the creativity that is stemmed from fan art and fanfiction opens many doors, and can also provide new skills that you’d be able to use anywhere.

Regardless of how you feel about fan-made works, the main point of the matter is this: they exist, and they provide inspiration to hundreds of thousands of people every day. Even if it isn’t necessarily an “original” work, that doesn’t negate the fact that a person went out of their way to create fan art, fanfiction, etc. Because even if you don’t consider the idea original, that doesn’t mean that there weren’t any skills in the creation of the work at hand. Furthermore, these skills that can be developed from fan art and fanfiction can be turned into something marketable. It can land you in college and it can help get you a job.

In closing, take this from your resident fan art/fanfiction enthusiast-turned-writer: There is absolutely nothing wrong with fan art and fanfiction. It’s another vessel for creativity, and allows you to flourish as a creative. Take the craft seriously because who knows where it’ll get you someday. You may end up writing the next big thing because of it.