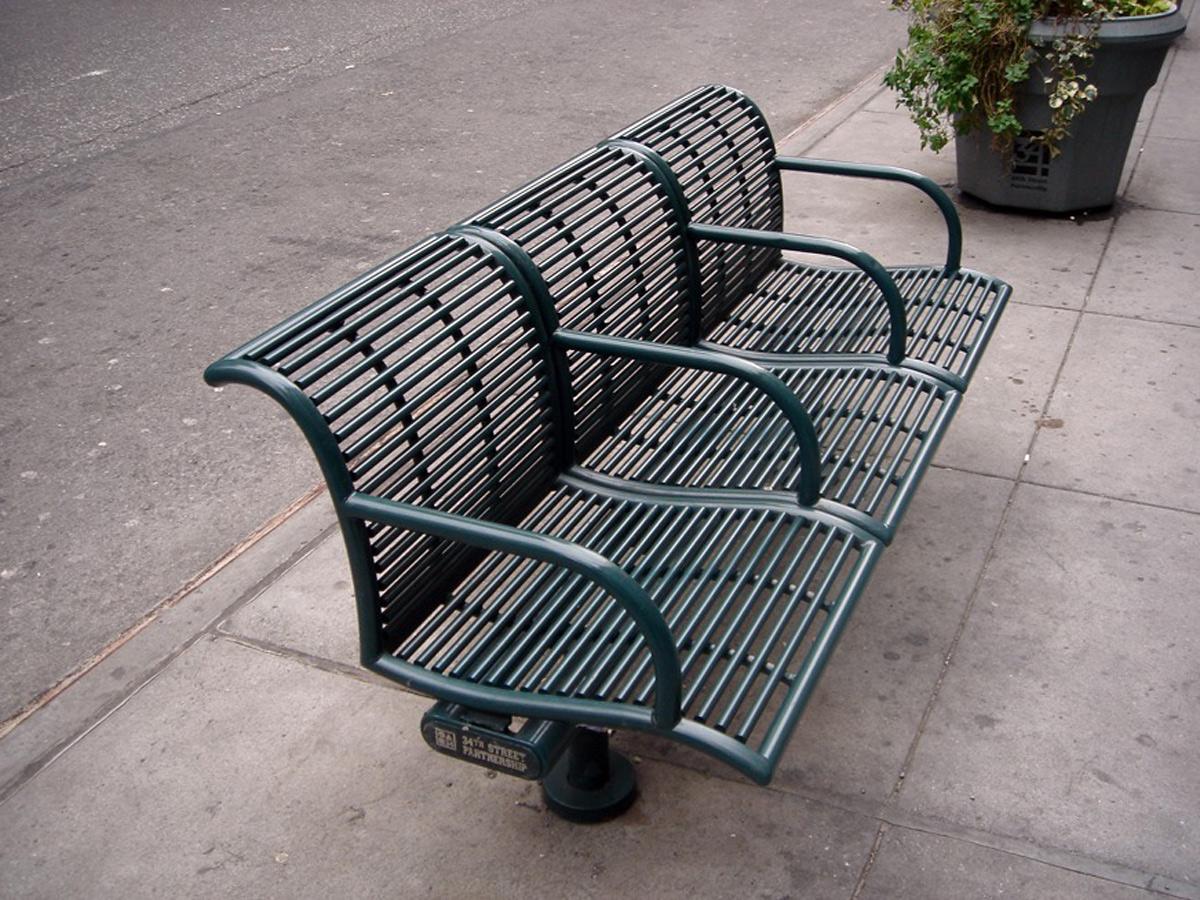 Hostile architecture, also known as defensive architecture, hostile design, unpleasant design, or defensive urban design, is all around us; however, until recently, the topic of this design trend had been largely unnoticed.

It isn’t difficult to tell whether or not a design element is defensive: Windows with decorative spikes to prevent pedestrians from sitting, benches with large armrests in between each seat to discourage the homeless from sleeping in a public space, and trees that have installed barbs in the branches to stop bird droppings from falling onto parked cars—what do all of these features have in common? In recent years, hostile architecture has become a hot topic on social media and in the world of architecture. Is it another form of gentrification? Is it to ensure public safety? Is it just for aesthetics? The controversial topic has collected hundreds of thousands of opinions across the web. 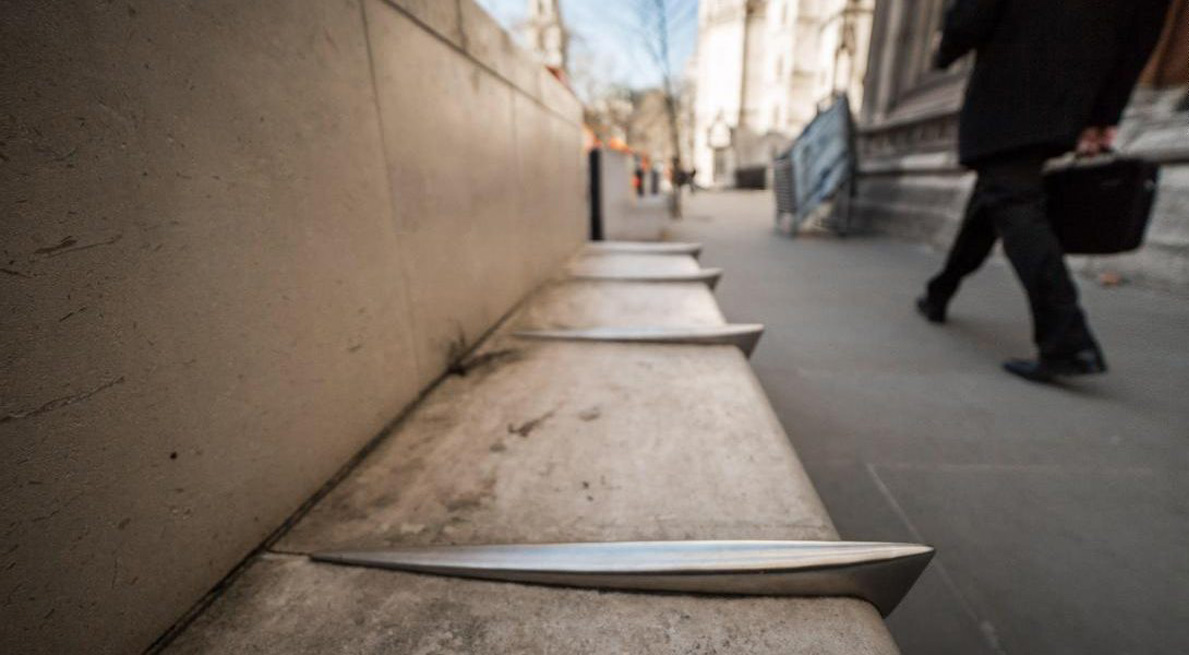 In its truest form, hostile architecture can be described as a type of design that is used to control people’s behavior. Like most design, this form of architectural design is used to dissuade people from engaging in certain behaviors that a piece of architecture may or may not have been designed for. Such examples include anti-skateboarding handrails and ledges, which are equipped with studs that are known as “skatestoppers,” floor studs that are installed in little nooks outside of buildings that homeless people typically sleep in or rest in, and water sprinklers that activate with no other purpose than to discourage people from loitering.

Though hostile architecture has, for the most part, been seen as having a negative impact on its surrounding environment, there are some instances in which these designs help improve the condition of its space. Two prime examples are anti-urination devices, also known as urine deflectors, and anti-littering devices. Despite the positive impact these particular installations have made in their communities, a larger, more prevalent issue still exists that ties into discrimination and social justice. 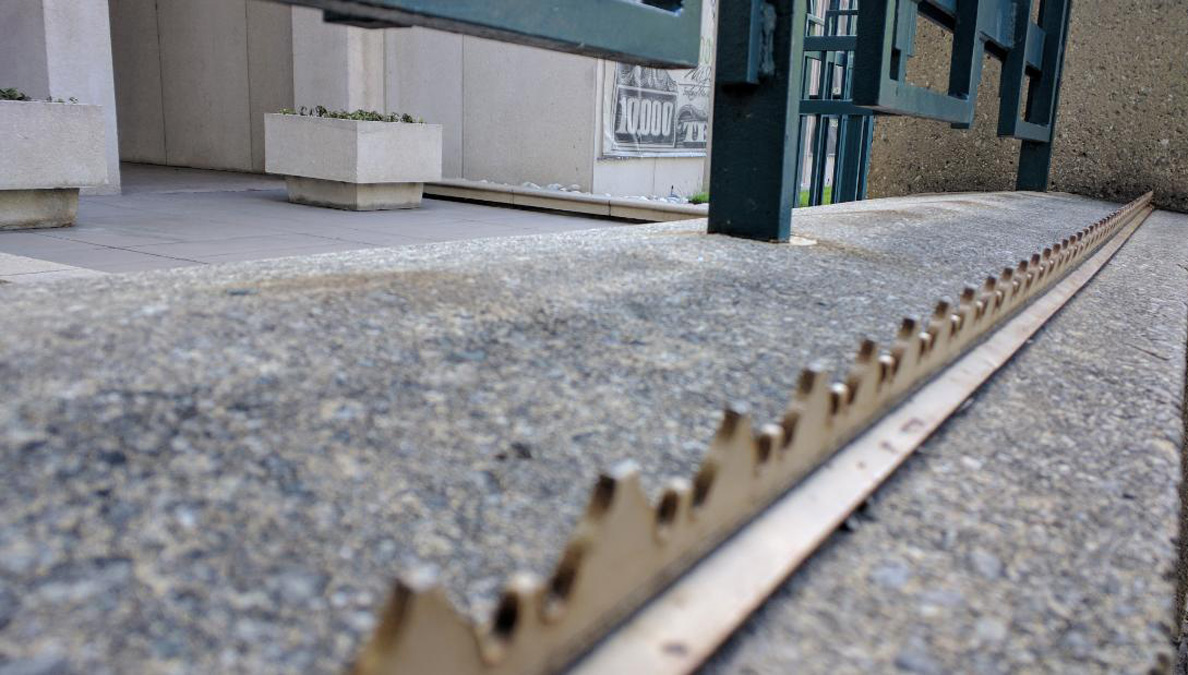 Lawfully speaking, not much can be done with hostile architecture on private property. And while there are plenty of hostile architectural designs implemented on private property, the problem regarding public accessibility rises when benches and window sills are installed with sloped surfaces and studs in an attempt to manage human engagement. Such features bring up the issue of accessibility and the public’s right to public space, urban or otherwise. And does designing these spaces in such a manner pose as an infringement on human rights, as these architectural elements essentially isolate certain demographics whether it be the homeless or a skateboarder?

Many critics believe this is the case. 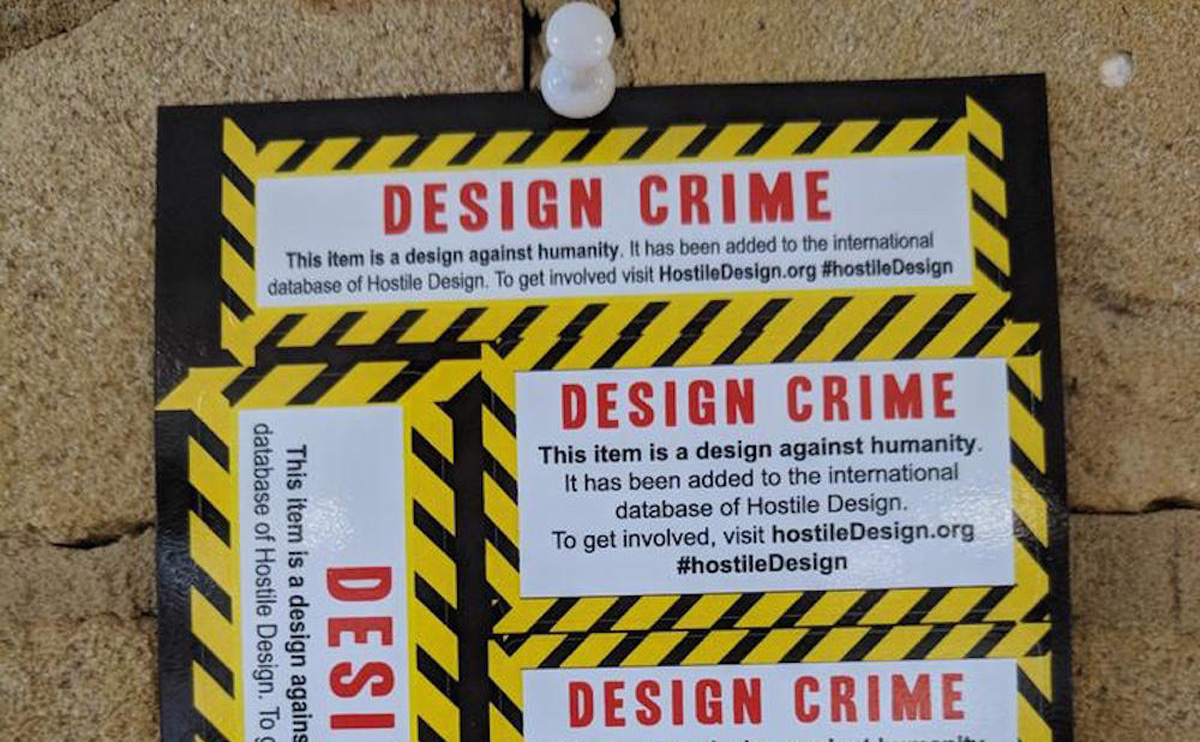 In 2018, British artist Stuart Semple (the same Stuart Semple who created the world’s pinkest pink, most pigmented, flattest black, and most glittery glitter), launched a social media campaign inviting the public to place identifying stickers on examples of hostile design.