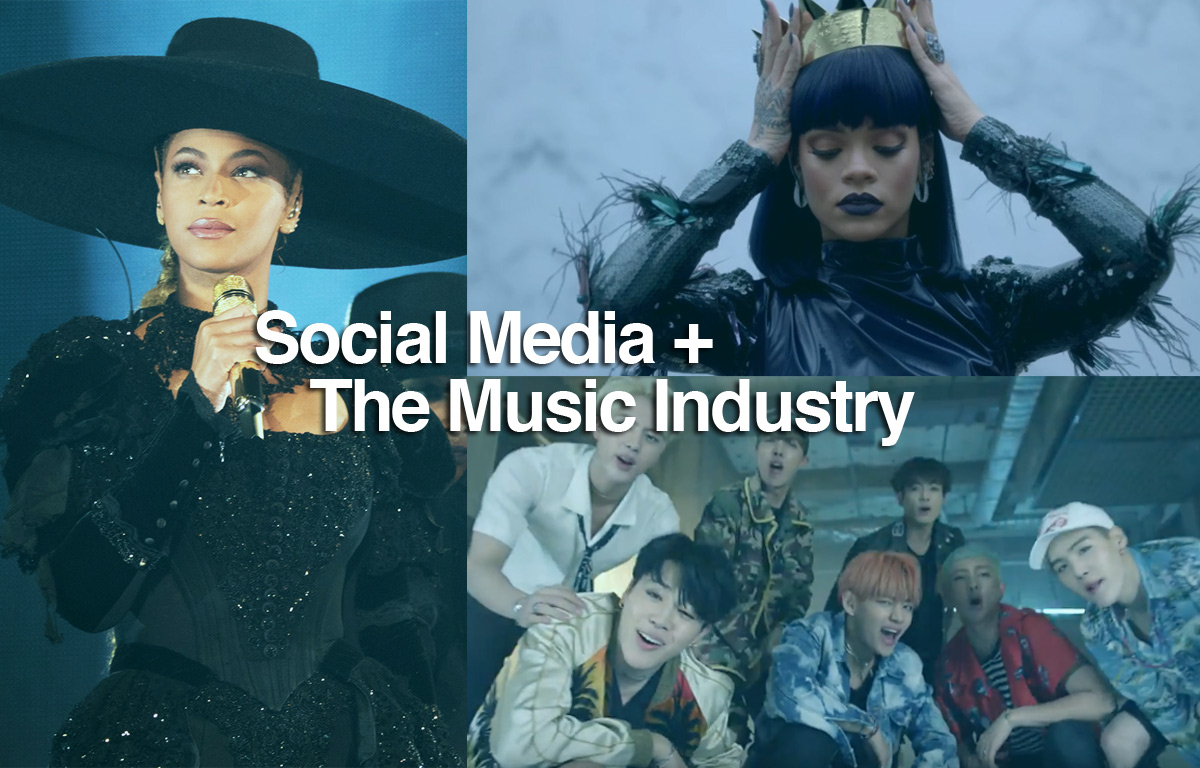 In order to remain relevant in the music industry today, artists are typically required to constantly produce brand new content and maintain contact with their fan base. As an artist, your job isn’t only to entertain, but to also build brands.

Through the decades, fan interaction with artists have drastically changed with the introduction of new technology, specifically social media. Thanks to the utilization of different social outlets across the spectrum, artists are able to easily engage with their fan base in a way that has never before been done.

Additionally, social media can be used to boost an artist’s brand, where musicians post content that can ultimately allow musicians to promote their music and get personal with their followers. Here, we’ll take a closer look at the social media strategies of three different artists. Though there is a general formula in terms of effectively using social media, no two musicians have the same kind of strategy since strategies are reflective of a brand. 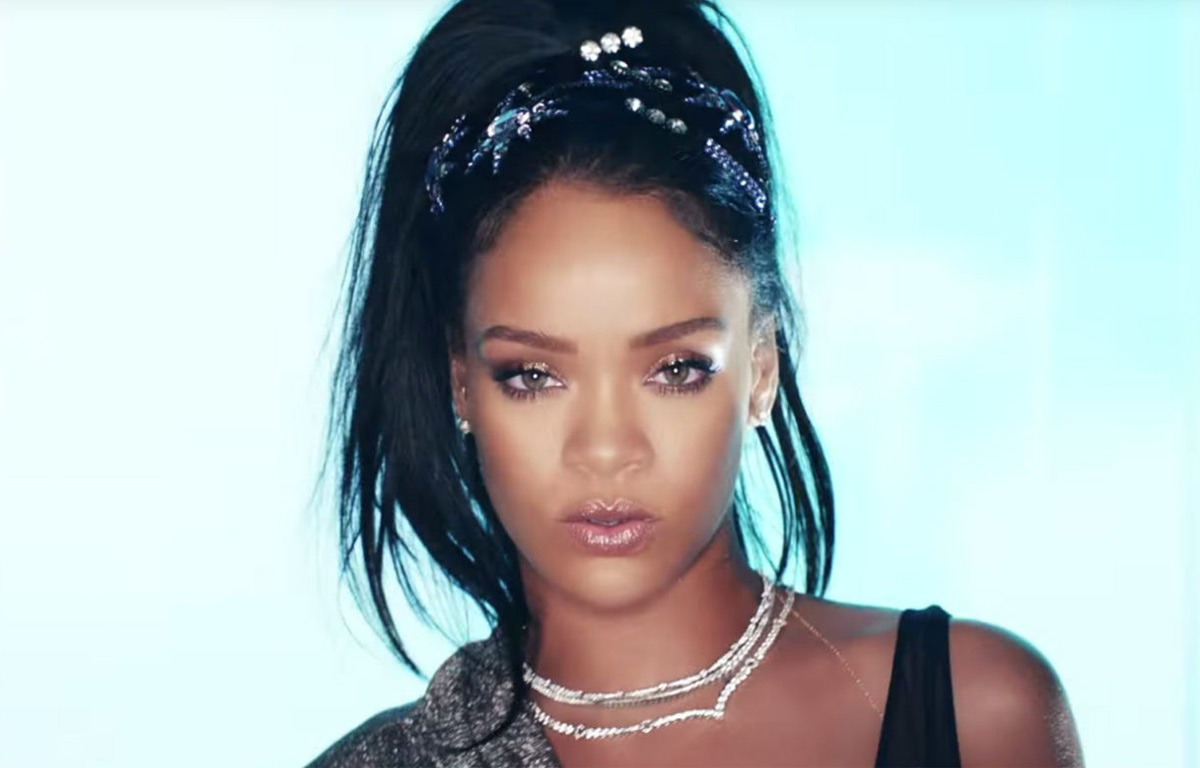 Widely known as the Queen of Clapbacks, Rihanna’s image of a carefree island girl who is unapologetically herself has earned her millions of followers. The singer’s Twitter account has 78.2 million followers while her Instagram has 56.7 million followers. So, what is it about Rihanna that has attracted so many people?

If you were to take a look at both social outlets, you’d see that her strategy for both platforms are different. Most of her Twitter posts are merely promotional tweets, talking about a new album or perfume or, as of recently, her newly-launched makeup line. Between promotional posts, you’ll see some off-the-cuff posts where she’ll spit a few timeless Rihanna anecdotes or deliver one of her iconic comebacks. 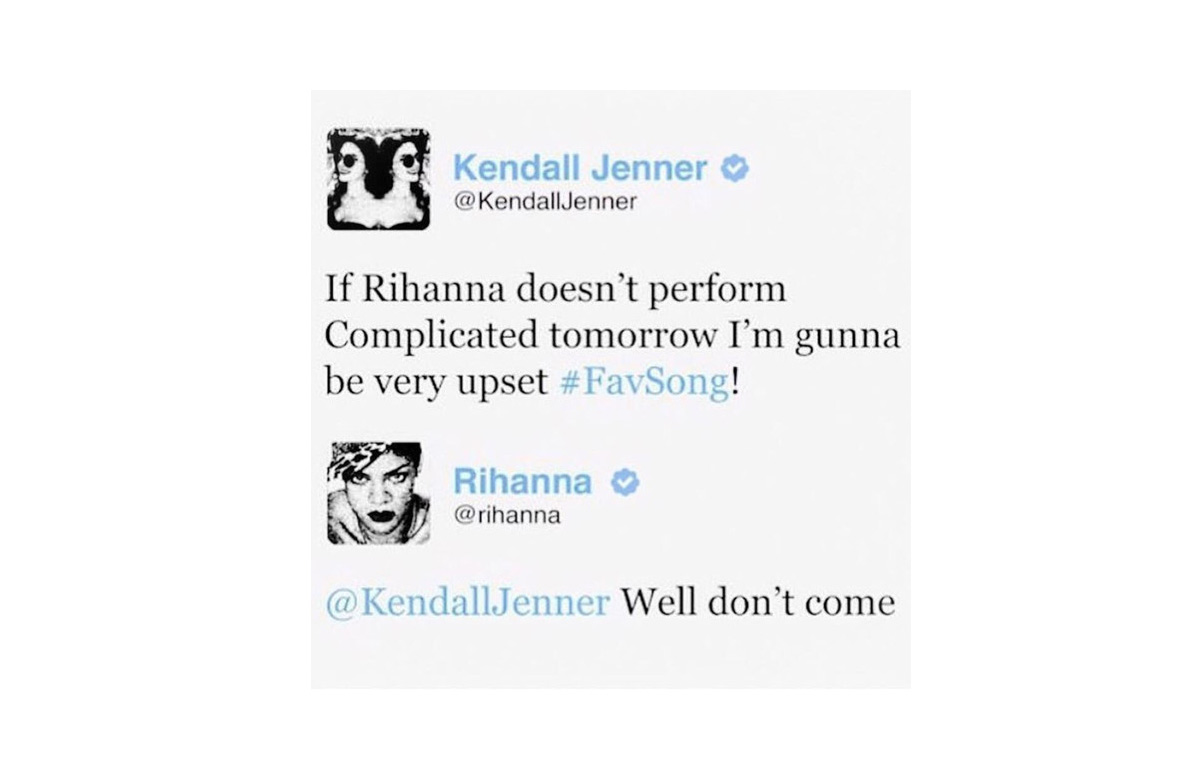 Rihanna’s Instagram, however, is another story. While Rihanna is not the most followed person on Instagram (that title goes to Singer-Actress Selena Gomez), she is certainly the most interesting. With the handle @BadGalRiRi, Rihanna definitely lives up to the name. Here, you’ll see more of Rihanna’s life, where she posts anything from selfies to hilariously captioned memes. Her social media tactic, which is effective for her rebellious bad girl brand, is literally a business in the front and a party in the back. 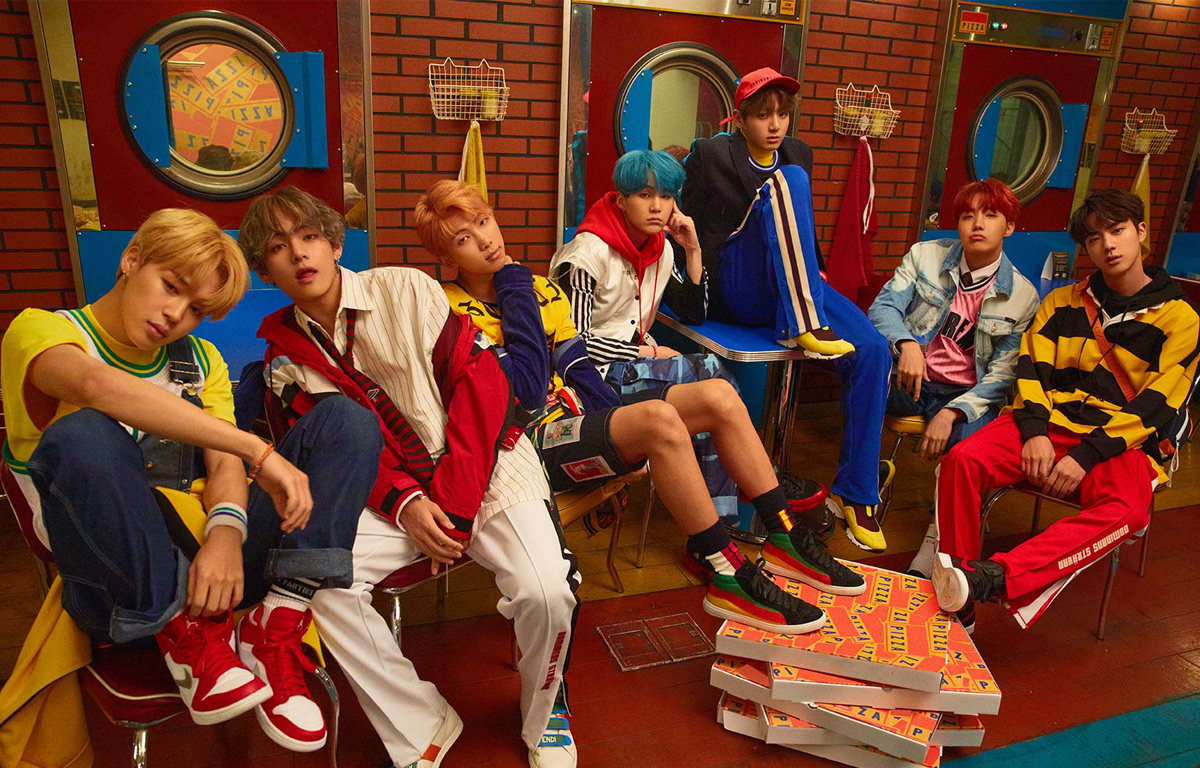 This 7-member South Korean boyband has taken K-pop (Korean pop) to entirely new heights. BTS, also known as Bangtan Boys, Bulletproof Boy Scouts, or Beyond the Scene, has cultivated a massive following since their debut in 2013. In 2016, BTS’ fanbase, who have been affectionately dubbed ARMY (Adorable Representative MC for Youth), shoved the group into international spotlight when their second studio album, Wings, debuted at number 26 on the Billboard 200 and spent 31 consecutive weeks at the top of the Billboard Social 50 Chart, a feat no other K-pop album has ever achieved. 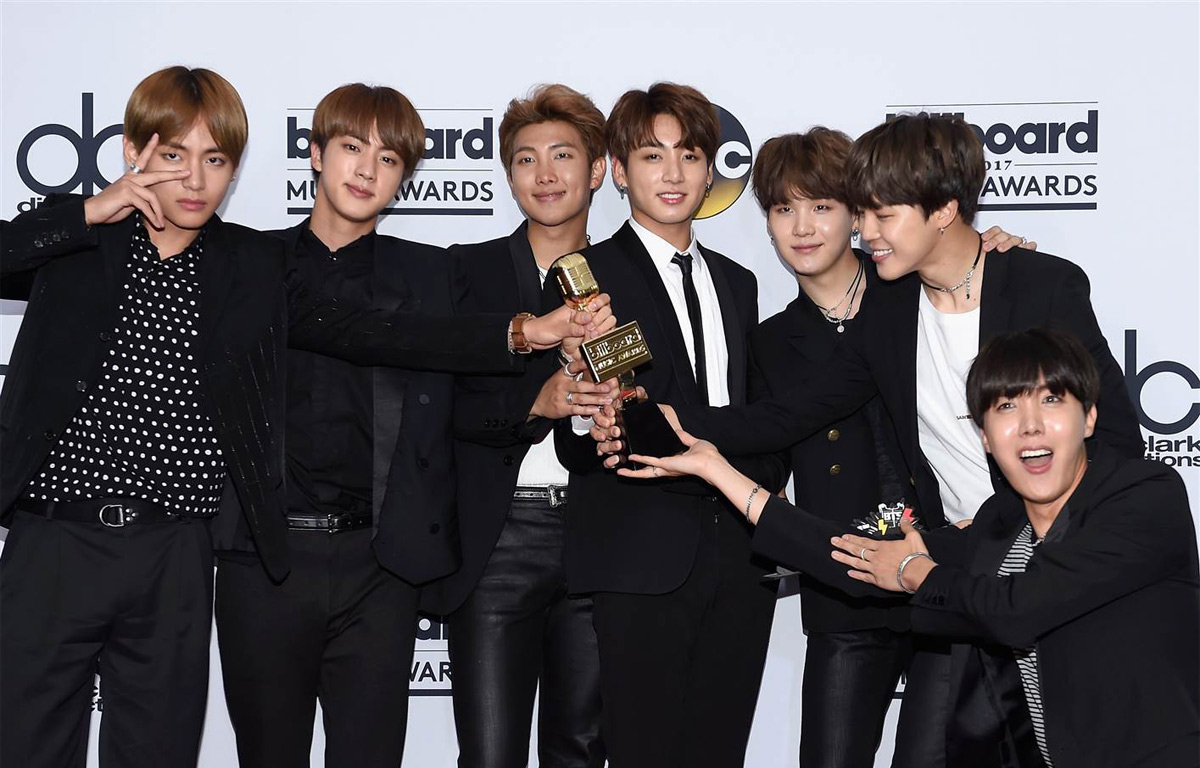 In September 2017, BTS made headlines again when their newest mini-album entitled Love Yourself: Her, shattered records when it topped iTunes charts in 73 different countries, the United States included.

Since 2013, the Bangtan Boys’ Instagram and Twitter accounts have grown to a staggering 5 million and 7.78 million respectively. The band’s social media accounts take on the form of a “personal” account shared by the seven members, allowing followers a peek into the life of a K-pop idol.

In 2017, BTS became the first K-pop group to win a Billboard Music Award, taking home the Top Social Artist award. Considering the fact that BTS was the most retweeted artist on Twitter in 2016, it’s not very surprising that the ARMY showed out for the Bangtan Boys, tweeting the hashtag #BTSBBMAS more than 300 million times.

Arguably one of the most recognizable musicians in the industry today, Beyonce has spent a good majority of her career building her personal brand to where it is today. Though quite effective, Queen Bey’s strategy is the most unconventional of these three artists, emerging as a master of dropping huge news out of nowhere, causing a massive ruckus, and walking away as if it was a regular Saturday evening. Beyonce is well known for suddenly springing out of the blue to pull off insane promotional stunts and achieving instant viral popularity in a way that nobody other than Bey can do. 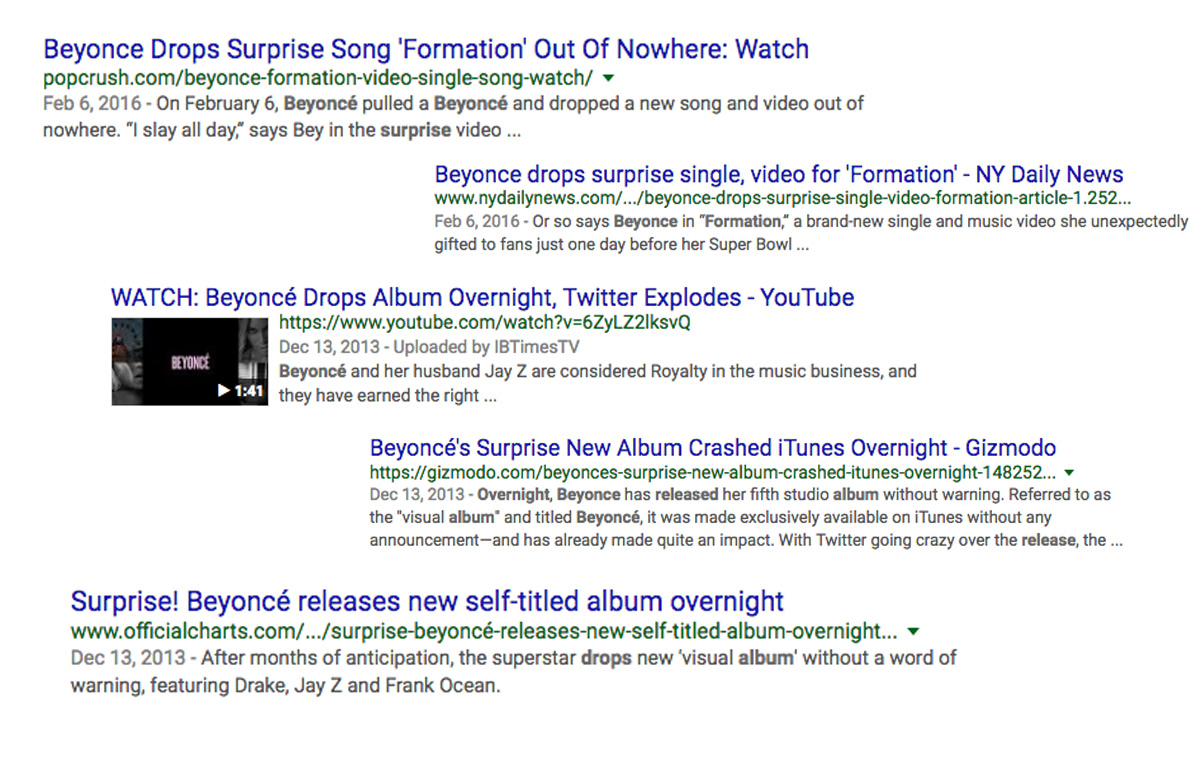 In 2013, Beyonce released her self-titled album in the early hours of December 13 without any warning or promotions beforehand. By the time the sun had risen, the Beyhive (the name of Beyonce’s fandom) went into a frenzy, generating an impressive 1.2 million tweets within 12 hours. In 2016, Beyonce dropped a bomb on the internet with the release of Formation, the first single from her widely-acclaimed Lemonade album to have been dropped. Formation was released in a fashion similar to Beyonce, without any promotions and only 1 day before the Super Bowl 50 Halftime Show, where she gave an explosive performance of the single. The Crazy in Love singer dropped the rest of her visual album, Lemonade, by surprise only a week before her Formation tour kicked off.

Likewise, Beyonce’s social media strategy is quite similar to her marketing strategy. Known as an artist who is fiercely protective of her personal life, each and every post Beyonce makes on her social outlets are carefully crafted to show her followers only what she wants to show. Posts on Twitter and Instagram are few and far between; however, because of Beyonce’s massive brand name, anything she posts is guaranteed to gain viral attention.