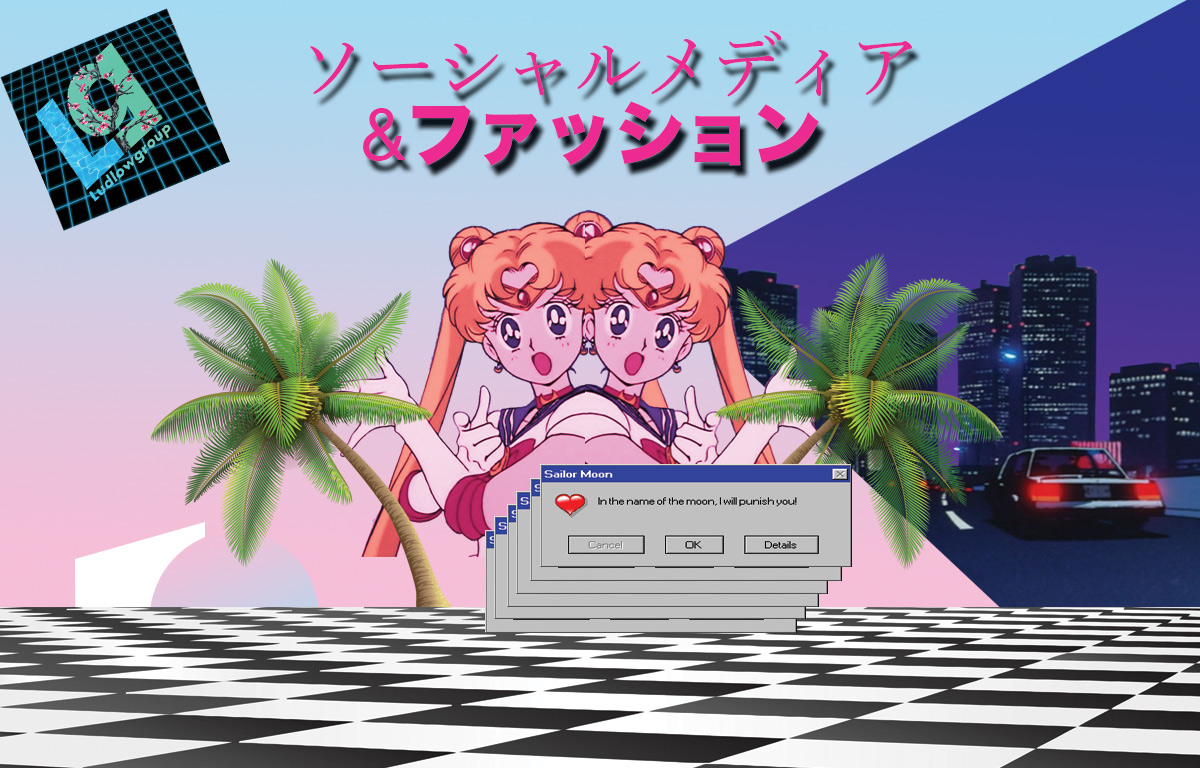 Today’s generation of fashionistas didn’t gain their status by taking a stroll down the catwalk. In fact, fashion trends today don’t usually come from famous designers like in the past. If you’re familiar with the movie “The Devil Wears Prada,” then you should be aware of how trends trickled down from the runway to your local Macy’s or JC Penney. In a long-winded and scathing tirade courtesy of Miranda Priestly, played by Meryl Streep, she explains that though one might not care much for the fashion industry, every single item you wear has been at one point chosen for you by a fashion designer.

In recent years, the fashion world has experienced a shift in which trending aesthetics debut on social media and move upward towards mainstream designers. Because there are countless social outlets that house a plethora of different communities, numerous niche aesthetics can break into the social sphere at the same time. Some social platforms that serve as fashion hubs would be Tumblr, Instagram and Pinterest, where users can easily craft an aesthetic, share it, and create a community that is solely focused on fashion subculture.

Here are five trends that made their debut on the World Wide Web. 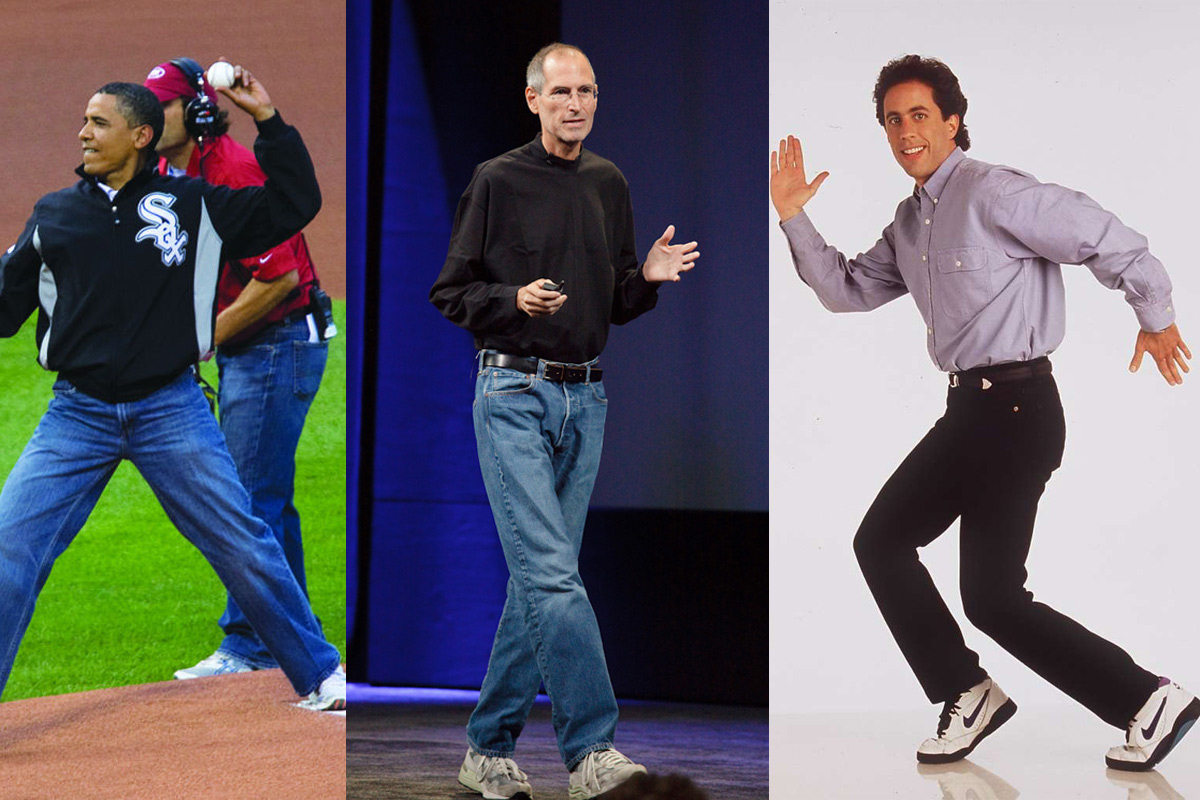 Normcore: Breaking onto the social sphere in 2014, Normcore was an attempt at distancing oneself from the glamorous and elaborate styles of the mainstream fashion world. Characterized by oversized sweatshirts, old baseball caps, and large jean jackets, the Normcore aesthetic is reminiscent of costumes that you would see on a ‘80s/’90s sitcom. Some icons for this post-ironic fashion trend include Jerry Seinfeld, Steve Jobs, and former President Barack Obama. In 2017, H&M released a unisex fashion line that exuded that unmistakable Normcore appeal. 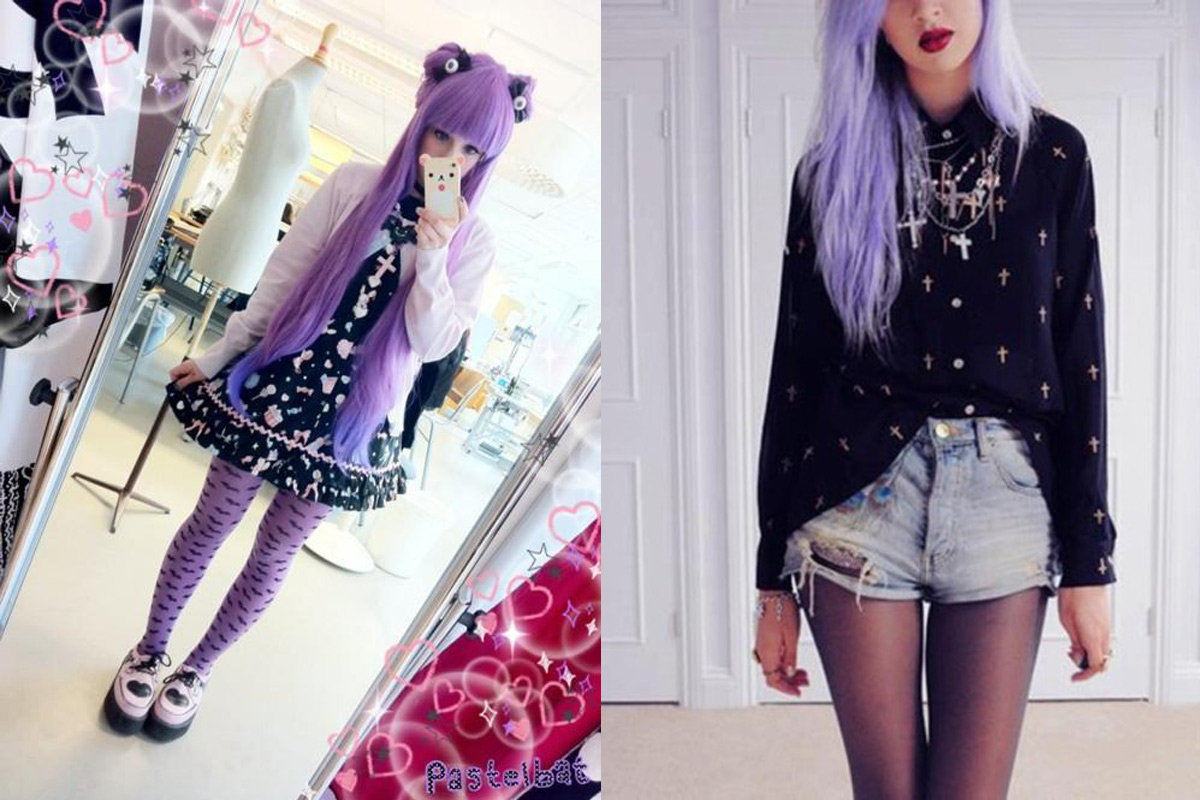 Pastel Goth: This trend emerged on Tumblr in the early 2010’s as pastel colors began to come into style. A combination of the Goth and pastel aesthetics, the Pastel Goth style can be described as a cross between Wednesday Addams and a unicorn. Skulls, inverted crosses, and cats are presented with cutesy hues. Despite being called Goth, the Pastel Goth style bears resemblance to the emo/scene aesthetic that was popular in the early to mid-2000’s. 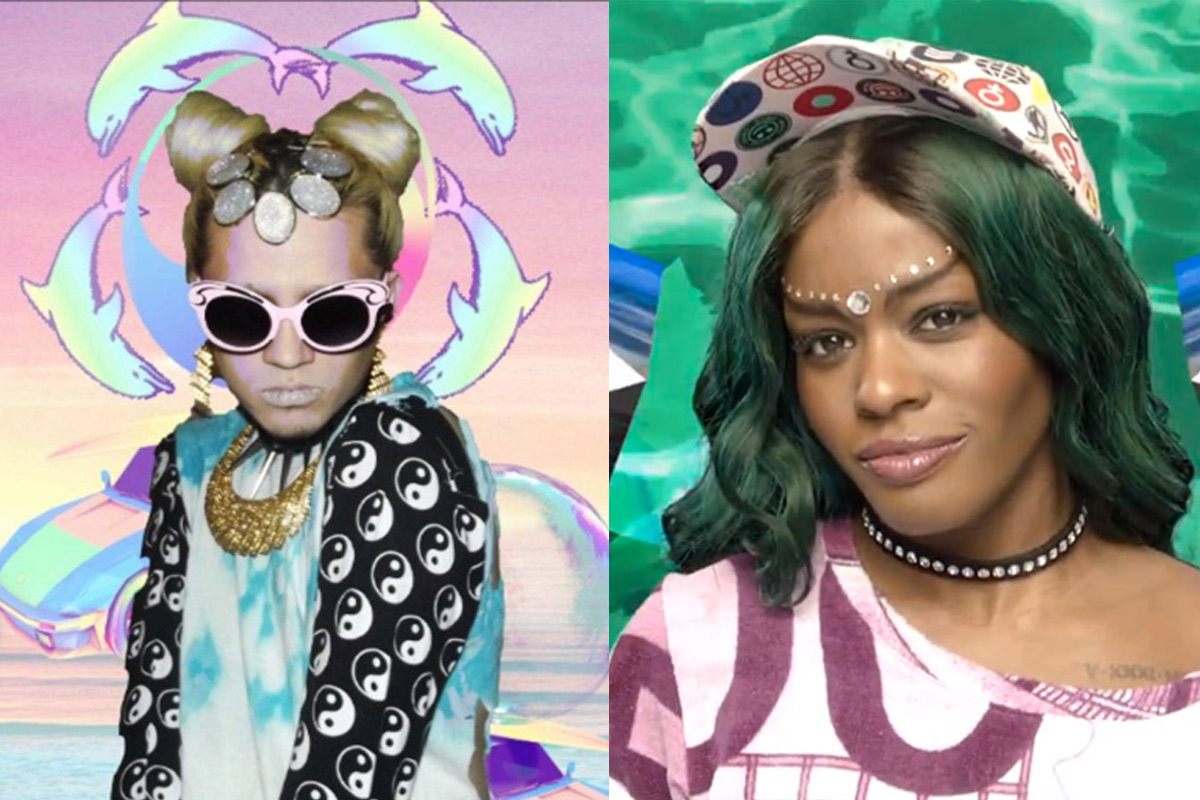 Sea Punk: With the internet’s growing obsession with mermaids comes the Sea Punk aesthetic. First appearing on Tumblr in 2011, people who try to emulate this particular style focus on incorporating a nautical theme into their wardrobe. This could manifest in the form of anything that ranges from wearing sequins as scales to having sea green-colored hair. Wearing tie-dye, bright ceruleans, aquamarines, or cyans with transparent bomber jackets are common fashion choices for the Sea Punk style. The Sea Punk aesthetic is also known for its usage of 3-D net art, iconography (think smiley faces and dolphins), and heavy influence of pop culture from the ‘90s. Additionally, Sea Punk is a known music genre that heavily utilizes 90’s house music, R&B and hiphop, and Southern Trap Rap; Rapper Azealia Banks is a notable Sea Punk figure. 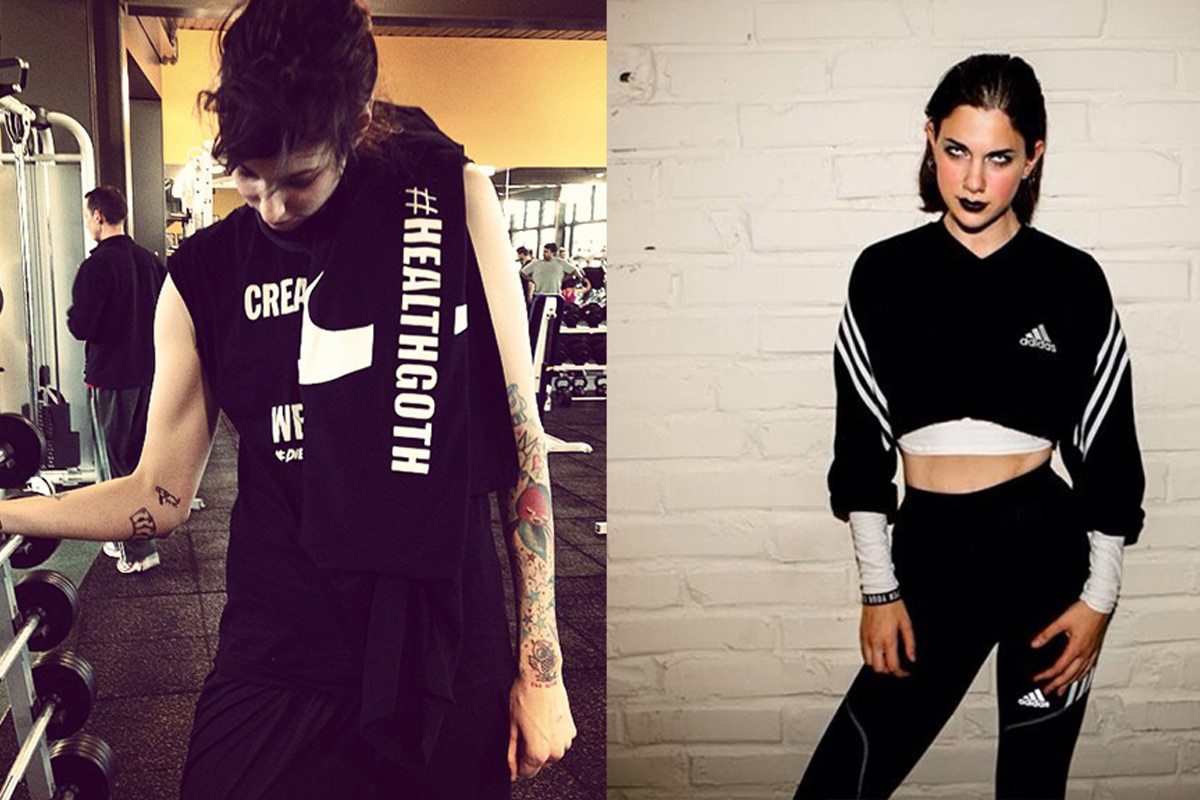 Health Goth: This style made its debut on Facebook in 2013 when the original Health Goth Facebook page was launched. At first glance, one would assess this subculture to be exactly as it sounds: a group of Goths decked out in all black (combat boots and eyeliner included), trying to get seriously shredded while listening to The Cure or Bauhaus. Though the Health Goth style can be described as dressing in black and “…work[ing] out ‘til you feel like death,” the subculture is also a movement for a healthier lifestyle, as they insist, “…your body is 80% made in the kitchen.” The Health Goth aesthetic is intended for groups of gym-goers who don’t necessarily fit the image of a gym rat. Johnny Love, Chicago-based music producer and creator of HealthGoth.com, reported to the Huffington Post that “…The evolution, or rather, byproduct of its existence will be a generation of gym-goers who realize that you don’t have to be a jock to lift weights, and who do it listening to darker and/or more aggressive music.” 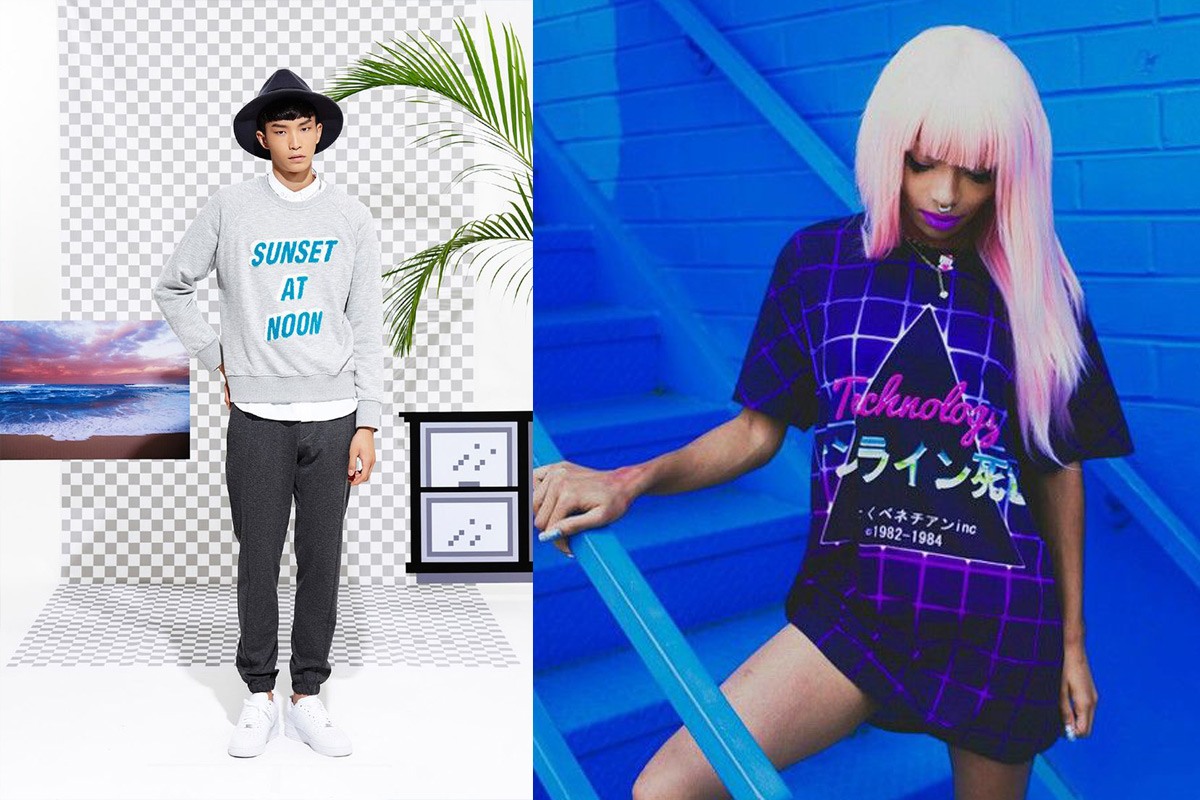 Vaporwave: Like Sea Punk, Vaporwave is a well-known trend that is music-oriented. The trend emerged on turntable.fm in 2011, where users would gather to share their remixes. One can describe the style as a digital time capsule from the ‘80s that is constantly glitching. Elevator music and bad infomercials of that time are sampled and remixed to create an ironic commentary of capitalism. Jazz, 80’s elevator or lounge music, and 90’s hiphop is often sampled, slowed, and remixed to create that iconic Vaporwave sound. Vaporwave is also characterized by iconography, 3-D net art, and an abundance of references that allude to retro animes such as Sailor Moon and Neon Genesis Evangelion. Vaporwave fashion includes retro items of clothing such as oversized sweaters, plaid leggings, and bucket hats that incorporate distorted brand logos, cartoon characters, and Renaissance sculptures.