Snapchat has come a long way since its September 2011 launch, from trying to absorb developers Evan Spiegel, Bobby Murphy, and Reggie Brown’s almost absurd initial concept of sending temporary images to having over 100 million users happily sending off seconds-long pictures and videos that are decked out in stickers and geofilters (as a side note here: if you think you’ve made a snap that is The Mona Lisa of the 21st century, save it! Because you are definitely not getting it back once it vanishes.) Today, Snapchat has become a necessity for many teens with smartphones, but is that all the app is good for? Or is there marketing potential in an app that is regularly used for unflattering selfies and your latest Starbucks order?

As we delve into the Wonderful World of Snapchat, we must remind ourselves of some features that can really limit a brand. And most, if not all of these restrictions are related to time. After all, there is a reason why Snapchat’s icon is a little ghost: now you see it, now you don’t. (Which is why you should learn how to screenshot a snap.) Every snap you take, regardless of whether it is video or photo, has a 10-second limit. If you received a snap and want to see it again, you can replay it, but you are only given one “replay” daily before the message disappears into the void of Snapchat forever. Users are also given the option of uploading a snap to their story, which is essentially a visual “A Day In the Life Of…” on the app that will last 24 hours before also disappearing into the void.

So, how would a brand work with that? Because we are talking about temporary images that can last up to 10 seconds.

Filters and lenses are one of the many beautiful things about Snapchat. What better way to kill time than to pull up Snapchat and experiment with the many lenses that are switched on a daily basis? You read right, daily. As in, that bunny ear lens is adorable, so you might want to take as many selfies as you can because Snapchat is probably going to replace it with a lens that will have you spitting up rainbows.

Filters and geofilters are another source of entertainment that will have your target audience occupied for a long minute. It’s always fun to swipe through your filter options to see what your video looks like sped up and slowed down, or what the geofilter looks like in your current location. 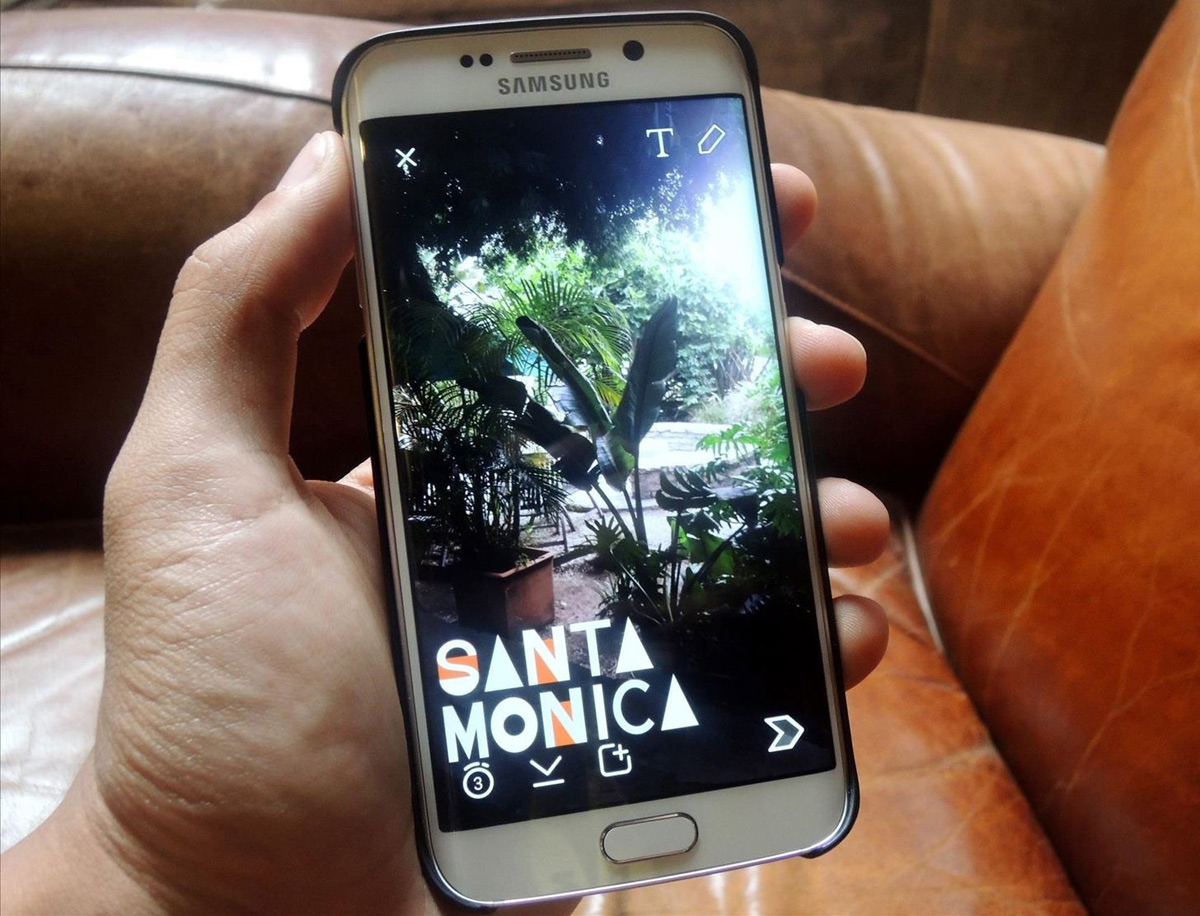 These could be features that are worth looking into. It isn’t unheard of for a brand to use a lens or a filter for a promotion. The day singer Ariana Grande released her Dangerous Woman album, Snapchat offered a lens that would give users a black mask reminiscent of the singer’s appearance on the album cover while “Into You,” one of the songs on the album, played.

There have even been design contests initiated, encouraging people to submit designs for possible geofilters. 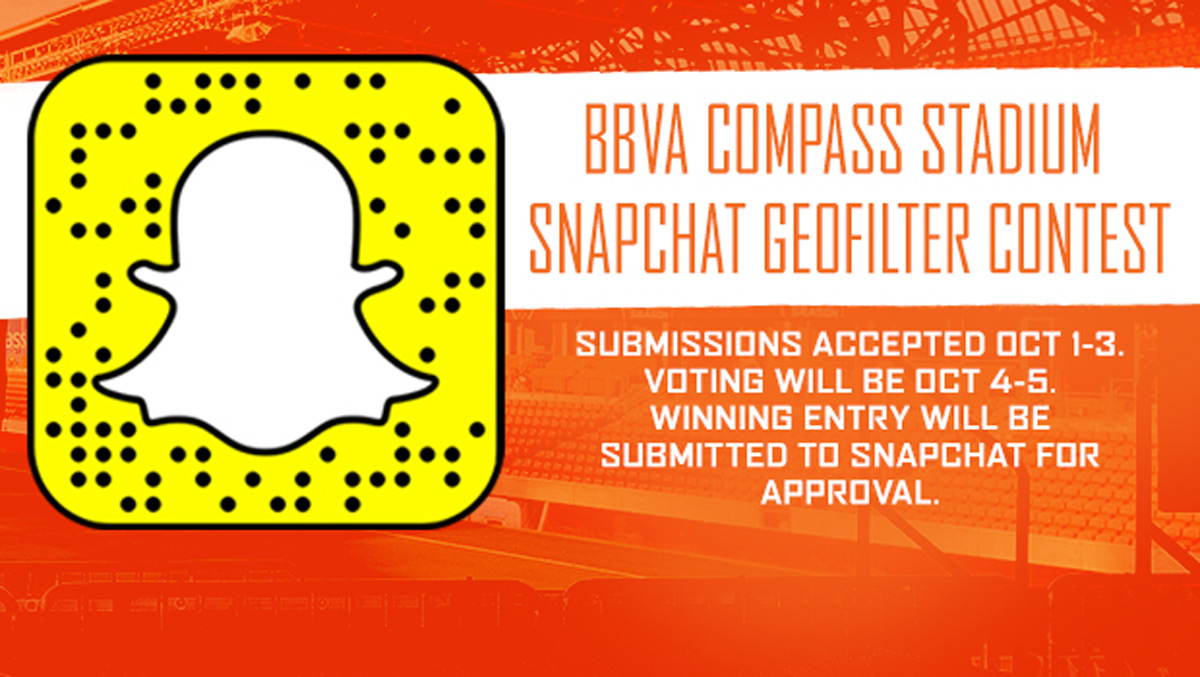 These are some ways a brand can take Snapchat’s obsession with lenses and filters and make it fun and engaging for both the brand and the target audience.

Work with your time limit.

Don’t just assume that just because you’re only allowed 10 seconds, you can’t put anything in a snap. Be creative with your content! Be interesting! Sometimes, these restrictions open the door to something that is far more engaging and exciting. If people are able to create 6-second videos that contain a script whose quality rivals that of full-length feature films, then it is totally possible to successfully craft a marketing campaign in 10 seconds.

Some brands use Snapchat for previews for an upcoming product.

Others use Snapchat to announce contests (remember, not only can you send out announcements, but you can also receive content from your Snapchat friends, so take that into consideration as well.)

If a picture is worth a thousand words, then what about a video?

You are literally able to record video right on the app; do not ignore that feature. We’re in the 21st century: social media is the wildfire of the internet and nothing catches our attention more than videos. You don’t even have to go out of your way to make Buzzfeed-quality films, just explore the possibilities of what video has to offer your brand. Does the average Snapchat user know what your office is like? Or how a project is done? Record it. An entire movie has been filmed solely using Snapchat. The possibilities are endless with video.

It’s what’s on the inside that counts.

Does your brand have a sparkling personality? If not, give it one! Snapchat is an opportunity for your audience to become intimately acquainted with your brand. Humanize the brand to better illustrate your business’ main objectives. There will be people who will relate to your brand, so try your best to make friends with an award-winning personality.

Snapchat: A digital wonderland of fleeting images and videos, but a marketer’s land of opportunity. Embrace it, learn from it, expand upon it, snap it! You will never know who is out there unless you go and see for yourself.

The keys to success.

As a closing, check out these successful brands who reaped the benefits of Snapchat: 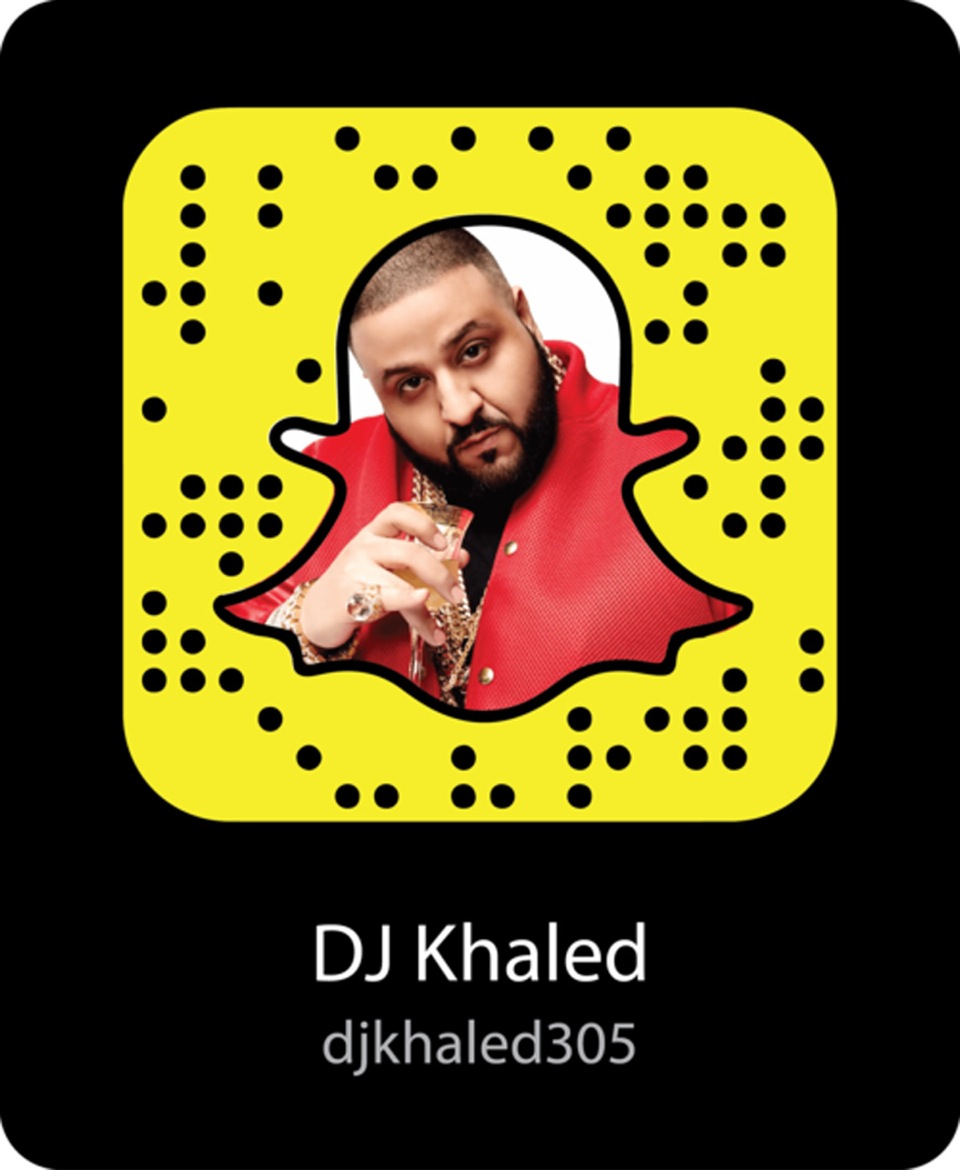 DJ Khaled (the title of this section should have tipped you off): Not a conventional brand, but still one nonetheless. Ever wonder what the keys to success are? Take a gander at DJ Khaled’s Snapchat, where he’ll go over everything that will put you on the path to success from Dove soap and cocoa butter to eating a breakfast consisting of Cinnamon Toast Crunch and almond milk. The quick 10-second snaps are unfiltered snapshots of the Day in the Life of a guy who holds the Keys to Success. 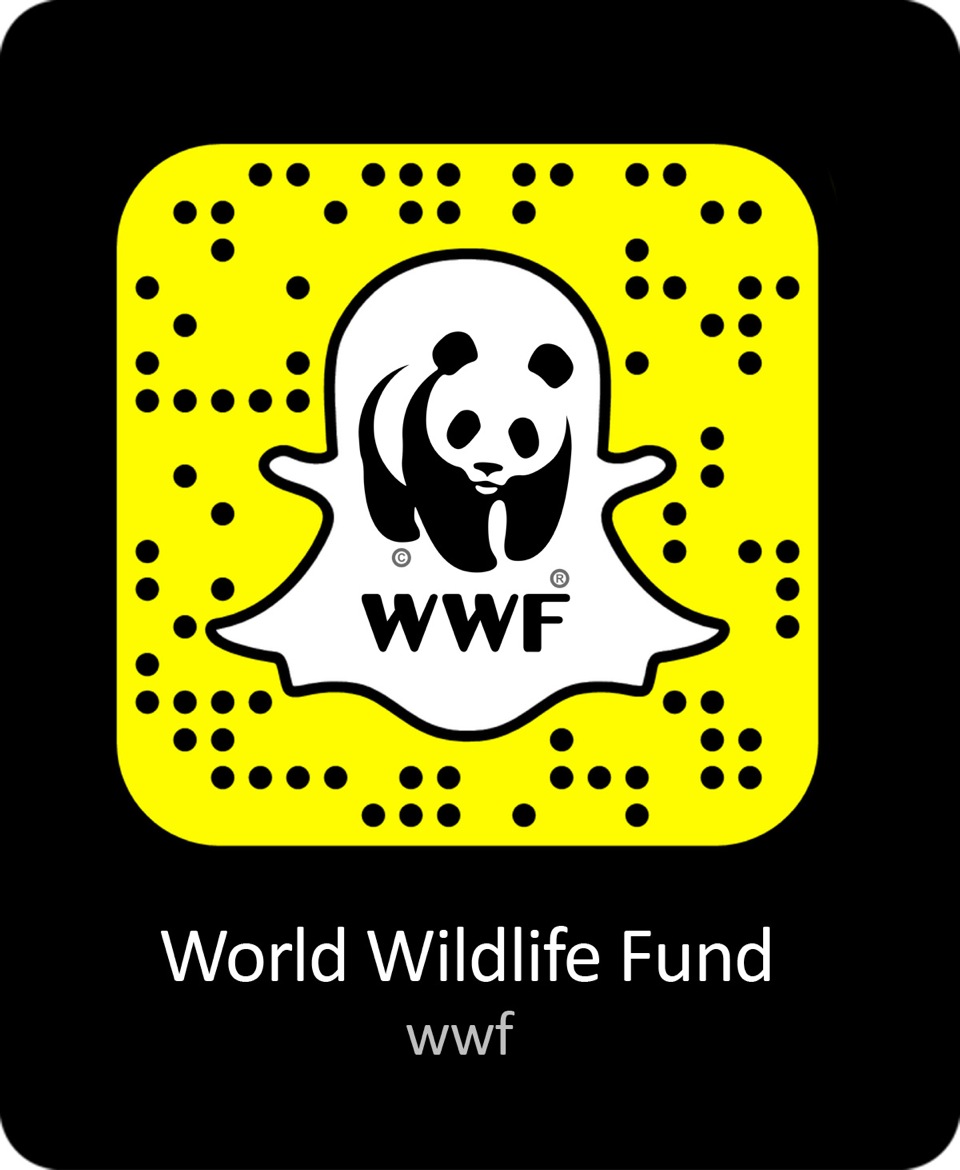 World Wildlife Fund: #LastSelfie This campaign very successfully takes the fleeting nature of Snapchat and relates it back to the issue of endangered animals and how their populations are dwindling in hopes of encouraging donations. The brilliant idea of the campaign was to send users a timed message, which would then urge people to quickly screenshot the message before the countdown was over and share it on social media. #LastSelfie was posted by 40,000 Twitter users in one week and was seen by 120 million people. The World Wildlife Fund reached their monthly target in just three days. 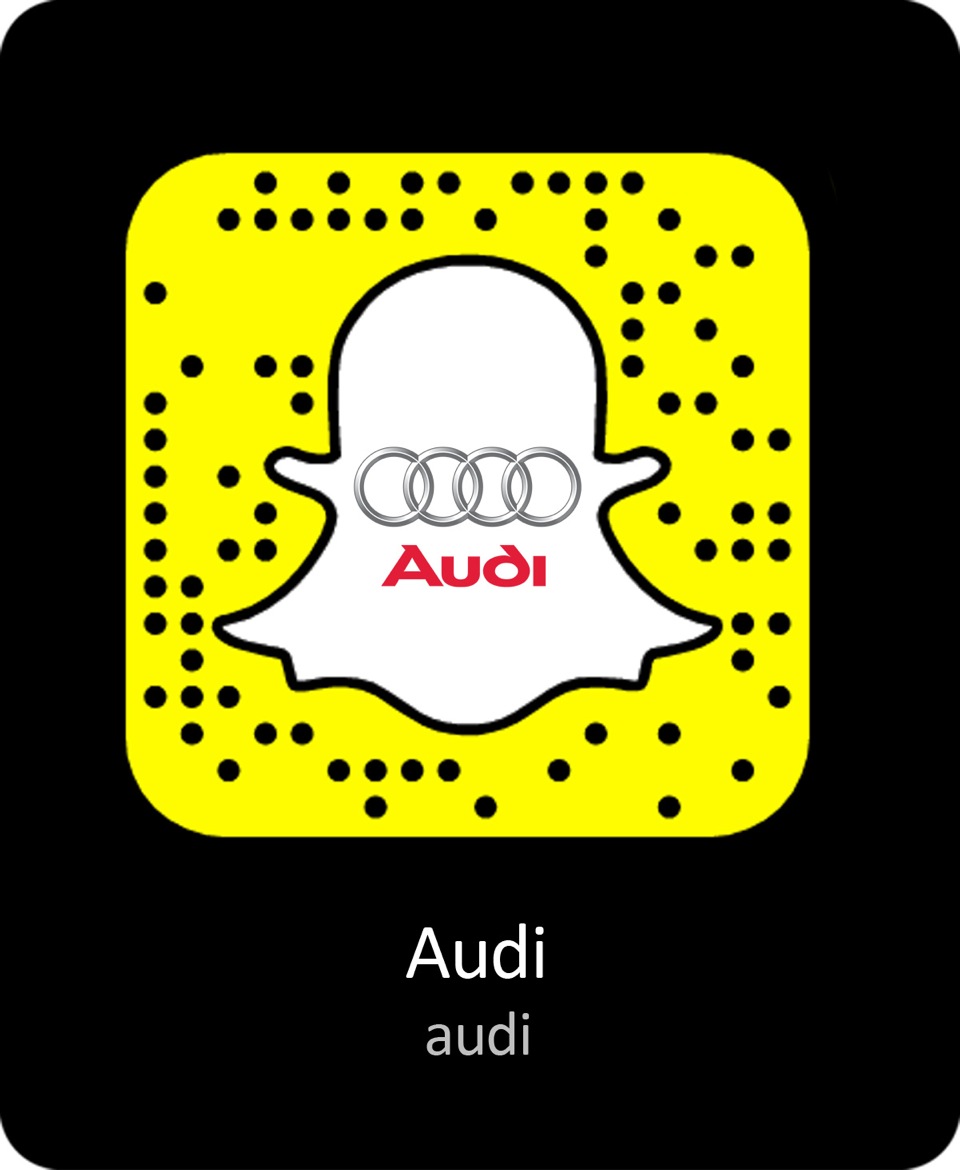 Audi and the Onion: All the News that Isn’t Football With the goal to make millennials aware of the luxury brand’s Super Bowl presence, Huge, Audi’s social media agency, cooked up a hilarious campaign on Snapchat that would lead to Audi becoming the first brand to experience great success on Snapchat. Stock photos and witty captions making fun of American football culture took over the internet, which increased Audi’s Twitter and Facebook following significantly. The campaign reached 100,000 total snap views and about 37 million impressions.